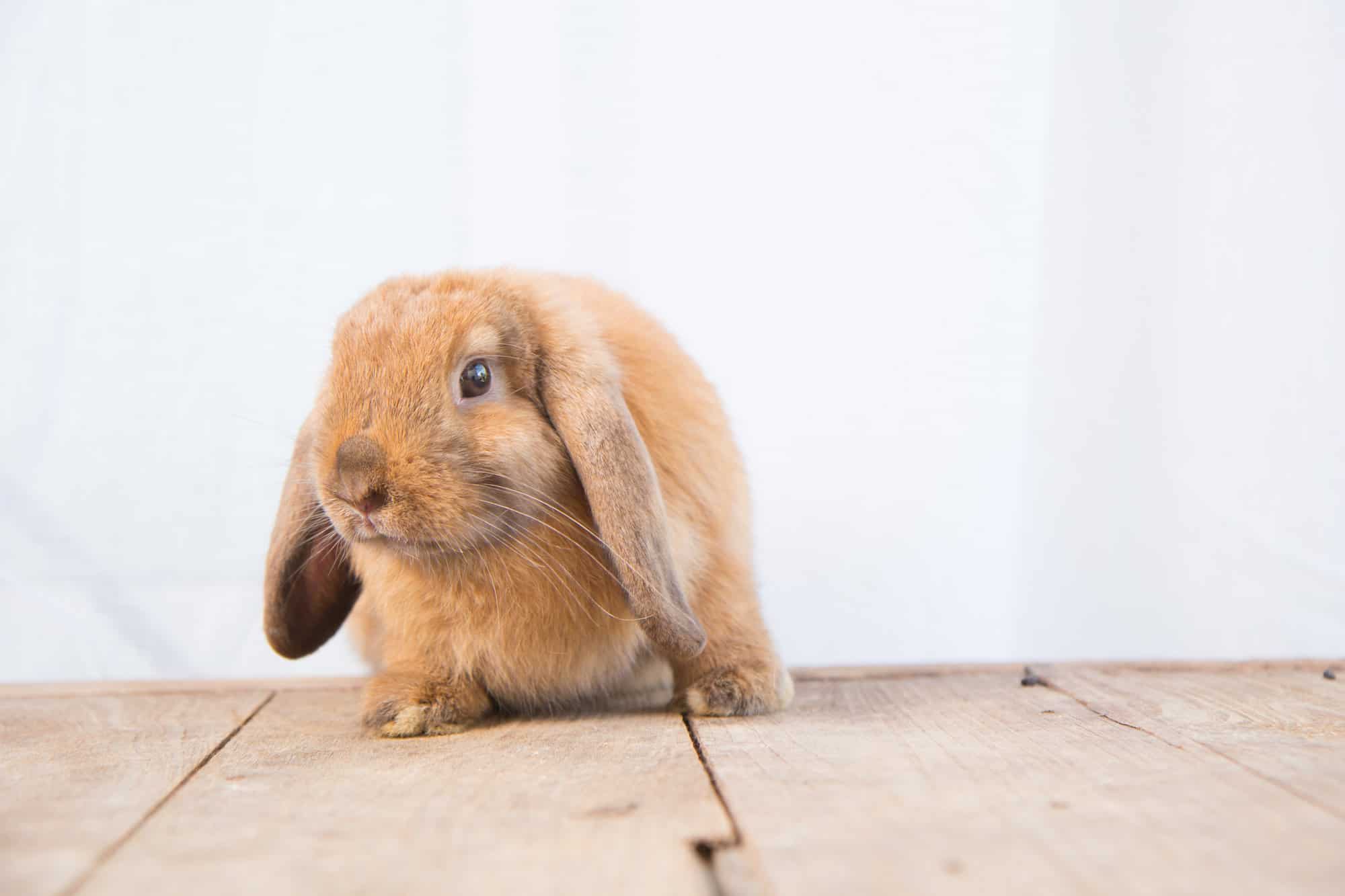 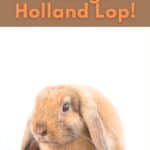 As bun lovers will attest, all rabbits are cute and cuddly, no matter the breed. But Holland Lops are cuter and cuddlier than most of their kind. The fact that they come in a teeny-weeny package is just one factor that makes the breed simply irresistible.

Another trait that boosts these buns’ charm is the range of colors and patterns of their coats. Imagine having an orange Holland Lop. That color may not be the rarest, but it still plays a role in making your pet one charming bunny.

Let’s see what makes the Orange Holland Lop an appealing pet and if it will suit your home and lifestyle.

The Holland Lop originated in Netherlands way back in the 1950s. Adriann de Cock, a French bun breeder, first paired a French Lop with a Netherland Dwarf Rabbit. The result was not what he expected as the baby bunnies didn’t have the lop ears he wanted.

He later took a female bun from that litter and bred it with an English Lop. A few more modifications led to the Holland Lop that we know today.

The Holland Lop is one of the most popular rabbit breeds in the country. As we mentioned, the bun’s size may be a prominent factor. But that’s not all that makes this tiny bunny a favorite among bun lovers. Here are additional reasons why this little darling can easily melt your heart.

The Orange Holland Lop is literally a miniature bundle of joy, weighing only between 2 and 4 pounds. Despite their tiny size, buns from this breed can be pretty sturdy owing to their stocky and muscular build, although they’re still more delicate than their larger kins.

Orange Holland Lops have flat, round faces with a distinctive fluff of fur at the back. Aside from their size, another characteristic feature of the breed is their lop ears. These hang on either side of the head, adding to their adorable look. Take note, though, that those ears don’t usually lop until your bun is two months old or more.

A Holland Lop’s coat is short, dense, and medium in length. It is of the rollback variety, meaning the fur rolls back to its original position when stroked in the opposite direction. Fortunately, this sleek and glossy coat doesn’t require much grooming to keep it in tip-top condition.

What sets the Orange Holland Lop apart from its kind is the color of its coat. The bright orange hue gives the bun a cheery appearance. It doesn’t start its life looking that way, though. Kits are born pink and only begin to get their shading as they mature. Adult Orange Holland Lops usually have a light orange or off-white undercoat.

The Orange Holland Lop makes a great choice if you want a bunny that looks like a baby forever. As we mentioned, this bun comes as a tiny bundle. They are the smallest rabbits around, with adults tipping the scales anywhere between 2 and 4 pounds. Moreover, a fully grown Orange Holland Lop is only around 5 to 6 inches long and approximately 2 to 3 inches tall. Females or does are often larger than the males or bucks.

Like rabbits from other breeds, the personality of Orange Holland Lops varies from one bunny to another. However, buns from this breed tend to have a sweet nature. They’re friendly, affectionate, warm, and easygoing. It’s an interesting fact that the bucks are friendlier than the does, who tend to be a bit shy. The females also sometimes go through a nippy phase during their breeding season, although that trait often disappears as they grow older.

Despite this bun’s gentle nature, it can bite if it feels threatened, so respect your fur baby’s space, especially if you’ve just brought it home.

The Orange Holland Lop may be small, but it’s also a bundle of energy. It’s playful and perky, and will need plenty of activities, so it doesn’t get lonely or bored. However, this bun also enjoys some quiet time and loves being held or cuddled on your lap after you’ve had time to bond with each other.

Providing your pet with toys will keep him occupied. Holland Lops love to chew, more so than other breeds, so supply your fur baby with plenty of chew toys to satisfy that instinct.

You’ll be glad to know that buns from this breed tend to have a long life. Expect to have your Orange Holland Lop around for around 7 to 14 years.

The Orange Holland Lop requires the same care as other rabbit breeds. To help ensure that your fur baby lives a long and healthy life, provide the following.

If you keep your rabbit in a cage, make sure that he can stretch out comfortably. We recommend a minimum size of 24 x 48 inches. Provide soft bedding for your tiny fur baby’s comfort and ensure proper air circulation to keep your bun cool, especially during summer. Likewise, check that your rabbit won’t get cold during winter.

Letting your Orange Holland Lop roam freely over the house is another option. You’ll just need to make sure you have a rabbit-proof home. This means keeping cables, wires, and other stuff your pet can chew out of reach. Also, block access to areas your small but adventurous bunny can get into but might have trouble exiting.

Compatibility With Other Pets

Being sociable animals, Orange Holland Lops can easily get along with your other pets. However, because of the breed’s size, your cat or dog can accidentally injure your bunny. Moreover, rabbits are prey animals, so your other fur babies might see your Holland Lop as prey.

Though the color adds appeal to the Holland Lop bun, orange is not the rarest color category for the breed. That distinction belongs to the pointed white Holland Lop.

How Much Does an Orange Holland Lop Cost?

Getting an Orange Holland Lop for a pet won’t break the bank. This bun type is relatively inexpensive, although some factors can increase its price. Orange Holland Lops can cost between $20 to $400, with those coming from champion breed lines costing the most.

Those bred by experienced breeders tend to be more expensive, but they’re worth the extra cost as they’re also generally healthier. Still, don’t assume that a pricey bun is healthy. You’ll need to research its parents and ask the breeder to show you where the mother and her bunnies live.

Having an Orange Holland Lop for a pet can be a joy. Buns from this breed are one of the easiest to care for. What’s more, their sweet and gentle nature makes them perfect additions to most households.

However, they do need extra attention because of their size and energy level. Supervise small children’s interaction with your bun, as your tiny fur baby can get injured by unintentional rough handling. Also, don’t let your Orange Holland Lop sit in his cage all day. He’ll need plenty of exercise because of his high energy level. 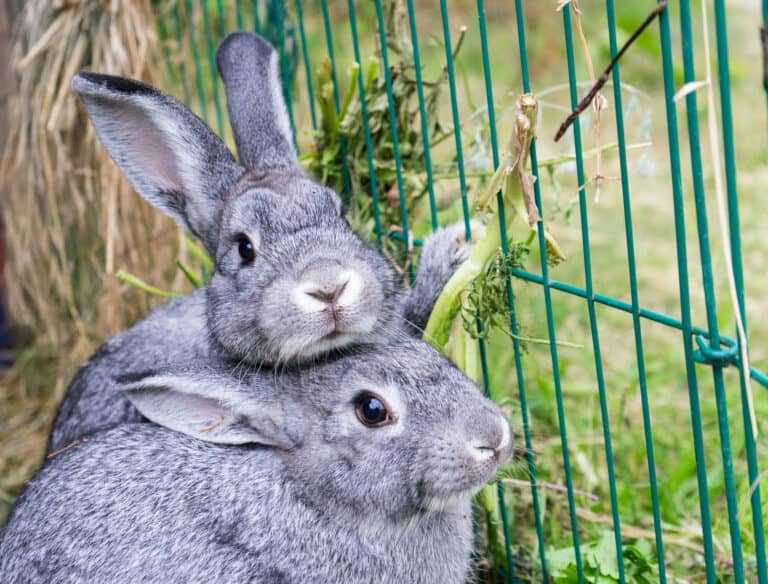 Soft, gorgeous, and oh, so huggable, that’s what Chinchilla rabbits are. Known for their extremely soft coats that come in lovely shades of grey, rabbits from this breed make wonderful pets even for first-time fur parents. Are you thinking of getting one? Read all about the Chinchilla bunny and discover how it can enrich your life.   What’s… 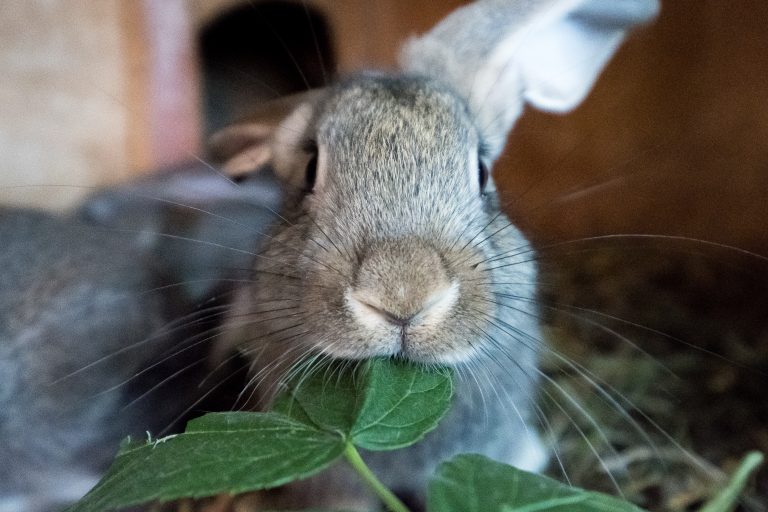 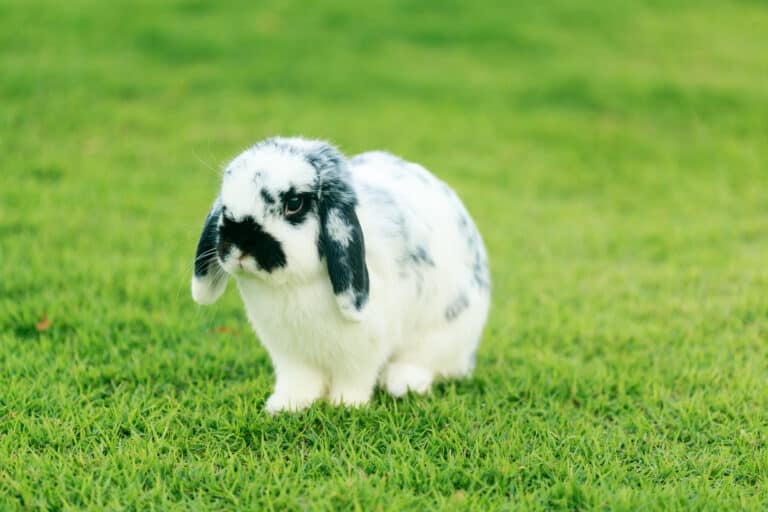 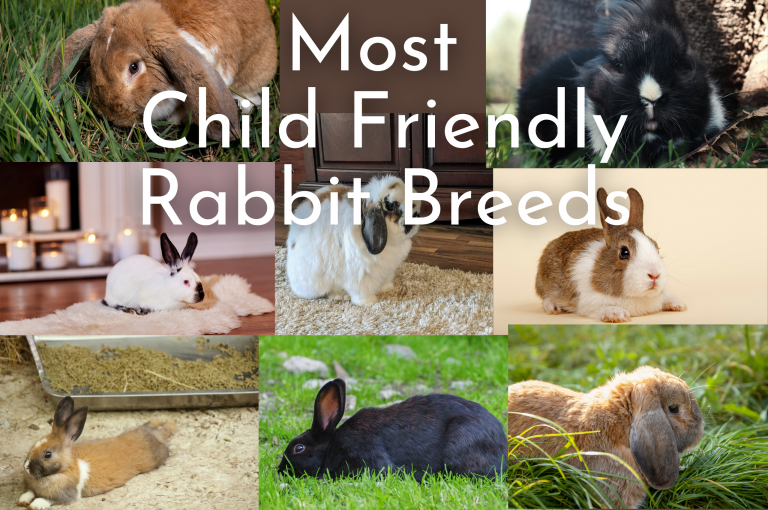 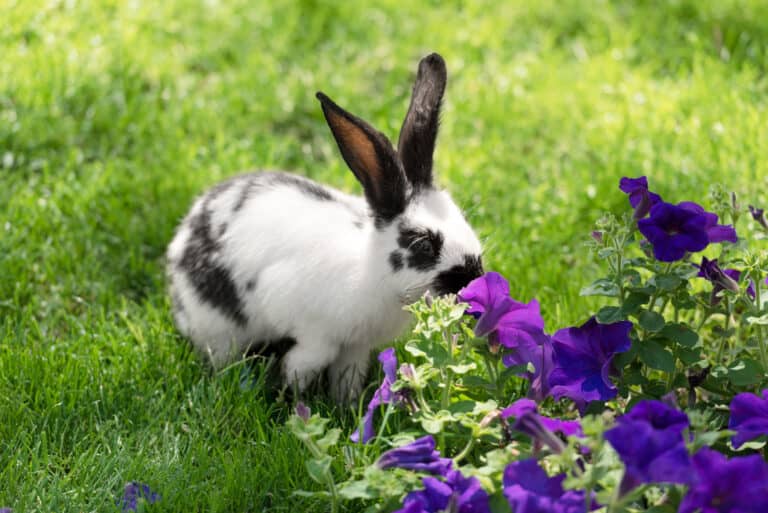 No, they’re not broken, as in they have a defect of some kind. A Broken New Zealand rabbit is as whole and as adorable as other rabbit breeds. The term ‘broken’ has to do with its color and markings.   Although this rabbit type was bred primarily for meat and fur production, bunnies from this breed… 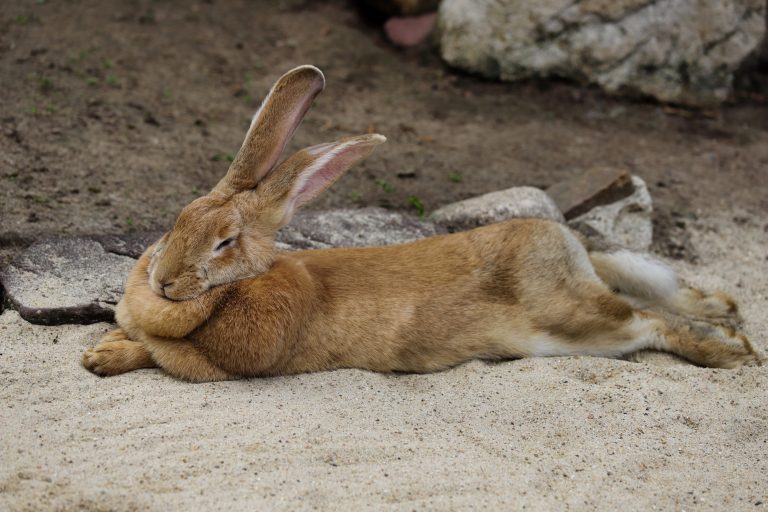